Contact expansions in functional safety circuits, e.g. in machines and plant control systems, are frequently necessary. In one case or another, it is helpful to integrate individual relays. Here it must be ensured that the required control architecture of the respective Safety Integration Level (SIL) IEC 62061 or the Performance Level PL with the respective category according to ISO 13849-1 is maintained and the necessary proofs are provided.

Independent of the integration of additional relay contacts and their influence on the control architecture, the aspects of electrical and mechanical suitability must be evaluated. Relays with forcibly guided contacts according to IEC 61810-3 are usually designed as PCB relays for use in printed circuit boards. The use in a socket represents an additional application. Here, environmental influences such as temperature changes, shock and vibration can have a far greater influence on the reliability of the relay than when soldered. Particular attention must be paid to the contact points between relay pins and the spring contacts of the socket. Temperature change and vibration can cause friction corrosion, for example. This can lead to an increase in the transition resistances, which can result in insulation or thermal overload of the contact point. Exposure to aggressive industrial atmospheres can also damage the contact point through corrosion formation. High shock loads, e.g. when mounting the socket directly in the machine frame, can also lead to damage. These effects are to be considered in the system evaluation, in an FMEA.

A new aspect that is mentioned again and again is the security against manipulation. In the past, this issue usually concerned the possibility of errors when changing relays or wiring at the socket. Here, external measures such as locking systems and access authorizations to the control equipment must be considered. On the socket itself, manipulation of the cable harness or wiring can be proven after installation with the aid of locking varnish on screw terminals, for example.

The aspects mentioned above are not new, but the use of sockets in combination with relays with forcibly guided contacts is primarily concerned with applications whose task is to protect life and limb. On the other hand, the system availability and reliability of machines and systems is becoming the focus of attention, especially for systems that allow interaction or cooperation with humans.

The classic applications for relay sockets in this area have so far been simple contact expansion with 2-pole relays on a DIN rail socket. Sometimes also higher-pole variants are used, but these are usually more complex to integrate and are not considered here.

The relay used usually consists of a contact set with two changeover contacts (2 CO). Of these, however, only the make contact (AK) of one CO and the break contact (RK) of the other CO may be used. The use of a CO with AK and RK on both sides is excluded due to IEC 61810-3, in which the positive control of the relay is described in a normative way. Due to their design, changeover contacts are classified as a type B contact set, since the possibility of spring fracture cannot be excluded by design. This reduces the use to two contacts of the relay. 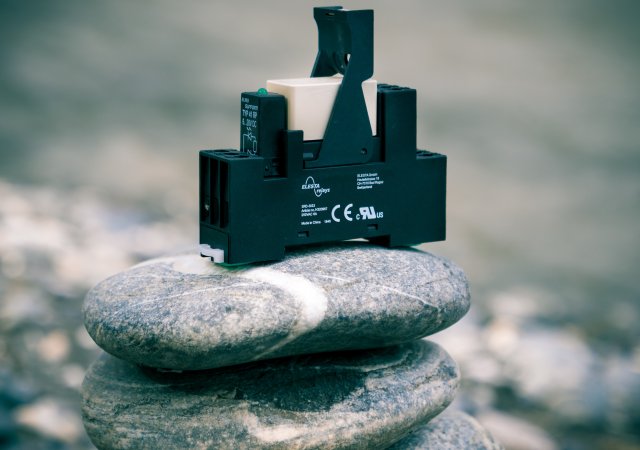 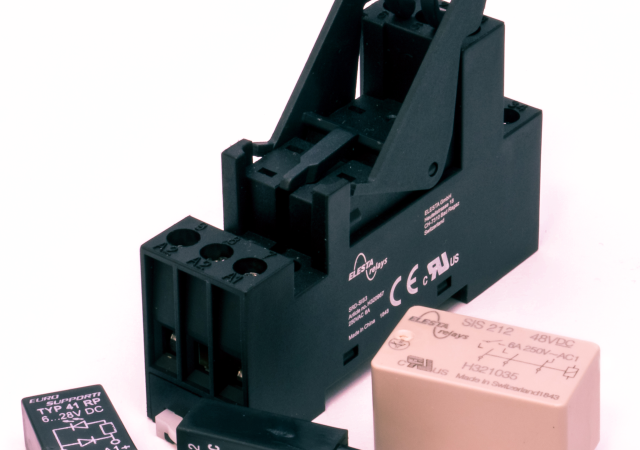 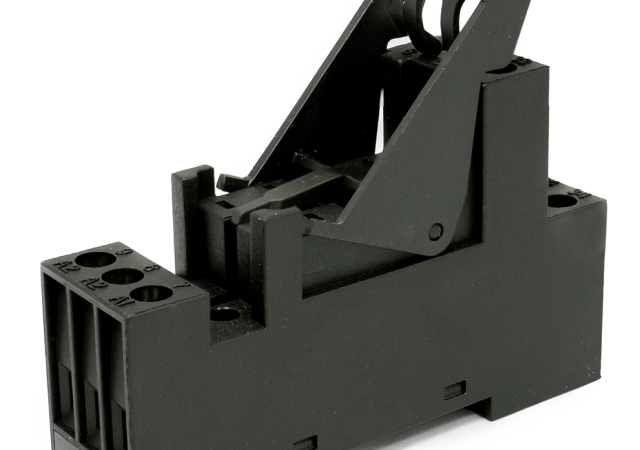 An alternative is the new version SRD-SIS3 from ELESTA where the 2 and 3-pole relays with 2 NO and 1 NC or 1 NO and 1 NC are used. All relays correspond to type A, in which all contacts are positively driven and may therefore be used.

Not only that there are different possibilities of contact extension available, there are electrical advantages. In addition to the classic integration of up to three circuits, which is possible due to the majority of the usable contacts, the load switching behaviour can also be improved.
For high loads, parallel switching of the two working contacts is helpful. By distributing the load over two contacts, it is possible to increase the switching load e.g. from 6 A AC-1 of the single contact to 10 A AC-1 in parallel connection of the contacts. The electrical service life of the contacts, as well as the risk of welding of the contacts, can be improved by connecting the AK in series, especially with aggressive loads with large arcing. Doubling the air gap shortens the arcing time by more than 50% depending on the load case.
If, on the other hand, small loads or so-called low demand applications are to be considered, where only very few switching cycles are to be expected over time, the contact reliability is increased by connecting the working contacts in parallel. In conjunction with the serrated crown contacts used and the RT III degree of protection of the relay, this is an interesting solution especially for applications in the process industry and medical technology.

Despite the three contacts, the power consumption of the relay coil is very low. As a rule, the power consumption of classic 2-changer relays is between 1 W and 700 mW. Depending on the coil, the SIS212 has a power dissipation of 600 mW in the standard version and 400 mW in the sensitive version. For the 2-pole SIS 112 version, the power dissipation is 270 mW and in the sensitive version only 200 mW. This means that less heat is introduced and it has energy-efficient relay drives.

For use in relay sockets, the retention forces in the socket and the retaining clips are of importance. For the new SRD-SIS3 socket, the relay series has been extended by the SIS 212 L38 and SIS 112 L38 versions, in which the relay pins are 3.8 mm. The compact design of the relays and the good distribution of the pins over the base area of the relay increases the force distribution with low breakdown torque. A wide bracket absorbs additional shock loads.
The socket is rounded off by a stable module holder for protection and display elements, as well as a clearly visible area for markings.

The new SRD-SIS3 socket is an alternative for contact expansion in higher-value functional safety applications.

What must be observed when using PCB relays in relay sockets in functional safety applications: